The Elders Advisory Council is comprised of Indigenous Knowledge Keepers from First Nations, Métis and Inuit communities across Ontario who share their expertise and experiences in education.

As Indigenous Peoples, we are distinct peoples, who come from self-determining Nations.

We are resilient and strong peoples who are connected to our lands and languages. Our civilizations are complex and sophisticated. Our knowledge systems have a significant contribution to make in education. Our worldview can enhance and support all those who work and learn in the education system to live in a good way for the benefit of our future generations.

We are the guardians and interpreters of our ways of life, customary practices, and knowledge systems to which we have the right to exercise, control and protect our lands and territories.

The United Nations Declaration on the Rights of Indigenous Peoples will serve as the framework for reconciliation in education.

LINK TO THE Declaration on the Rights of Indigenous Peoples

Our Vision for Reconciliation in Education:

We want the stories about First Peoples that are taught in Ontario schools to be truthful, authentic and complete, as told by us.

Please refer to our Message to Teachers video for more information: Link to Public Resources Page 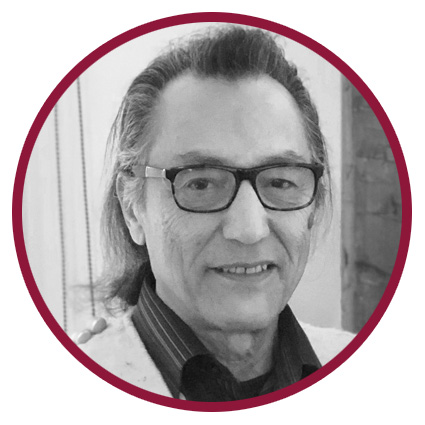 Tehahenteh is Turtle Clan Kanyen’kehaka (Mohawk) from Six Nations of the Grand River Rotinonhsyon:ni (Haudenosaunee)Territory. He is a fluent Kanyen’kehaka speaker raised by his grandparents, Harry and Beatrice, who were also fluent speakers. Tehahenteh is dedicated to restoring and revitalizing Indigenous language and culture through teaching, curriculum development, public lectures, and community programs and ceremonies. In 2000 Tehahenteh co-wrote the Native Languages curriculum document, grades 9 - 12, for Ontario’s Ministry of Education and Training and in 1994 was a key contributor to Literacy Ontario’s Kenyen’kehá:ka Ohiatonhkwa’shón:’a Katokénhston Tekawennatáhkwen (The Mohawk Language Standardisation Project).

Tehatenteh is the author of several language textbooks including, Karihonnyen:ni (The Teaching), Tsi Niyonkwawennò:ten (The Way We Speak), and Kanyen’kehaka (Mohawk Language) and is currently completing a comprehensive, thematic Kanyen’kehaka dictionary.

Before his foray into Kanyen’kehá:ka teachings, Tehahenteh spent 25 years as a commercial artist and business owner in Toronto, Ontario. He enjoys collecting and processing sap from his sugar bush to create ohses (maple syrup).

Grace Fox is a band member of M’Chigeeng First Nation. She has a Master of Art in Education from Central Michigan University as well as a Bachelor of Education and Bachelor of Arts from Laurentian University. A member in good standing of the Ontario College of Teachers, Grace Fox has Supervisory Officer Qualifications. Grace has worked as a Director of Education in Wikwemikong and Fort Hope. She has also been a Principal and Vice-Principal in M’Chigeeng, Fort Albany, Fort Hope and Christian Island. She has over 40 years of experience as a teacher and guidance counsellor in the provincial and federal school systems. She is one of the founding members of the Ojibwe Cultural Foundation and a former Chair of the West Bay Board of Education and the KenjgewinTeg Educational Institute Board of Directors. Grace currently serves as the Robinson Huron Regional Chiefs/Union of Ontario Indians’ representative on the Laurentian University Native Education Council and is a past council representative on the Northern Ontario School of Medicine Aboriginal Reference Group. She is a recipient of the Laurentian University Native Education Person of Distinction Award. She has served on the Board of the Manitoulin Health Centre, the Children’s Aid Society (Sudbury) and TVO. Grace Fox represents the 11 First Nations communities who have educational service agreements with the Board and is a member of First Nation Advisory Committee. She joined the Board on October 17, 2005. In August 2006, she was elected First Nations Director on the Ontario Public School Boards’ Association, a position she held until 2009. Fluent in the Ojibwe language, Grace has been married for 54 years and has 27 grandchildren and 5 great-grandchildren. 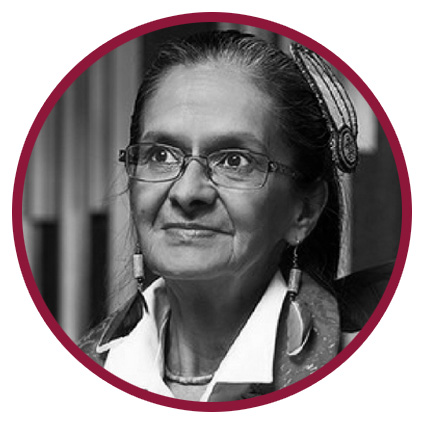 Annie (Kishkwanakwad) Smith St-Georges is a well-recognized Algonquin Elder, born and raised on the Kitigan-Zibi reserve near Maniwaki, Quebec. She was the founder of Kumik, the Elders Lodge (Indian and Northern Affairs Canada) established in the early 1990s following the Oka crisis.Elders came from across Canada to share their teachings and knowledge and to help Annie who, at the time, was recovering from the loss of her son. Subsequently, she founded WAGE, a health center for the integration of Aboriginal knowledge with medical science. Annie was a member of the planning committee for the 5th National Conference on Diabetes and Aboriginal Peoples: Restoring Balance was held in Ottawa, Ontario from March 16-18, 2009. Annie has participated in national and international conferences such as the National Forestry Association, Stephen Lewis Foundation and The Canadian Centre for International Justice. Annie and her husband, André-Robert St-Georges, have been featured in the National film Board (NFB) film Kwekanamad/The Winds are Changing/Les Vents Tournent.

Robert is a proud Métis who also carries Algonquin and Mohawk ancestry. Robert has been married to Annie Smith St. Georges for 45 years and together they have 4 boys and 7 grandchildren. Robert has spent a large part of his life hunting, trapping and working as fishing guide where he has refined his skills in making snowshoes and birch bark baskets. Robert has had a wide variety of work experiences including: Project and Program Evaluator with Indian and Northern Affairs, Coordinator for Human Resource Development Canada, Department of Canadian Heritage, where his was responsible for obtaining core funding for projects (Native Broadcasting, APTN, Friendship Centers), as well as the Native Alliance of Quebec where he consulted for them throughout Quebec on Indian governance and the impacts of the Powley case. Robert was also the Director of Culture and Tradition for the local office in Gatineau. Alongside his wife, Annie, Robert has had the opportunity to work and learn from the late Grandfather William Commanda and also helped Annie establish Kumik, the Elders Lodge (Indian and Northern Affairs Canada) in the early 1990s following the Oka crisis, where Elders came from across Canada to share their teachings and knowledge. More recently, Robert has been consulting with Universities on the development of policies to ensure the content in their courses offered to students accurately reflects and incorporates Indigenous Education. 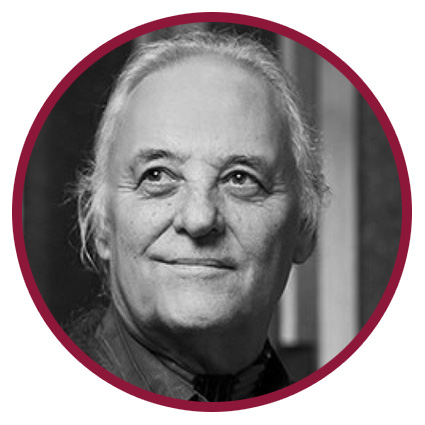 Monica Ittusardjuat is a survivor in every sense of the word. She was born in a winter camp called Akkimaniq seven months premature in an igloo in the dead of winter. She went to three residential schools, Nunavut, Churchill, Manitoba, and St. Norbert, Manitoba. She is an educator who taught in elementary, high school, and now at Nunavut Arctic College. She has a Master’s Degree and is now working at the Nunavut Teacher Education Program as Language & Culture Instructor. She took several years off from the education field to work for Nunavut Tunngavik Incorporated as a Wellness Coordinator where she submitted a proposal to the Aboriginal Healing Foundation for a Nunavut-wide healing initiative which was approved. She also sat on two panels with the Law Commission of Canada, one with residential school abuse and the other with institutional abuse. Monica has twenty-five grandchildren and two great-grandchildren. She has recently reclaimed the traditional sewing techniques of making caribou and seal-skin clothing along with the more contemporary styles of parka and amautimaking. She also has mastered the art of drum-dancing. Serapio is a Drum Dancer and Drum Maker originally from Igloolik, Nunavut. He teaches Inuit cultural practices to the Inuit and non-Inuit in Ontario. He is a residential school survivor. 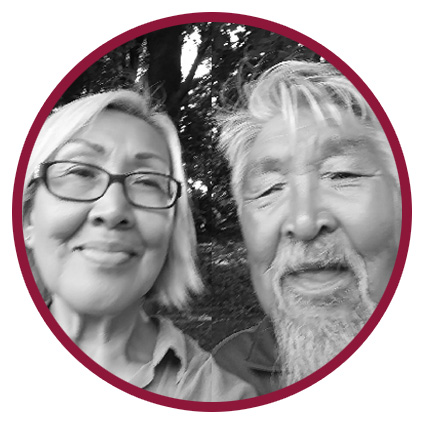 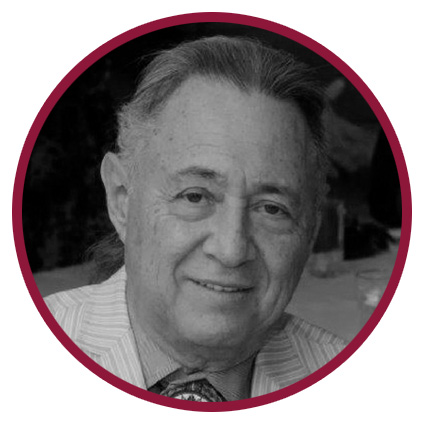 Maurice Switzer has served as an appointee to the Ontario Human Rights Commission from 2016-2019 and is the principal of Nimkii Communications, a public education practice which focuses on the treaty relationship between First Nations and the Canadian government. His 2011 graphic novel "We are all Treaty People" is in the libraries of schools across Ontario. Maurice Switzer is a citizen of the Mississaugas of Alderville First Nation, where his grandfather Moses Marsden was Chief from 1905-1909. He is Wazhashk (Muskrat) Dodem Anishinabek, and Okwaho (Wolf) Clan Haudenosaunee, passed down from his great-grandmother Esther Hill from Tyendinaga. He also is proud of his Jewish ancestry. He has served as director of communications for the Union of Ontario Indians after filling the same role with the Assembly of First Nations. He was a member of the inaugural class at Trent University, where he was the first Indigenous student, and has been a faculty member at First Nations Technical Institute, Huntington University, Canadore College, the Banff Centre’s Aboriginal Leadership program, and currently, the University of Sudbury. Maurice was also the first Indigenous publisher of a daily newspaper in Canada. His public education activities include presentations on Treaties and Wampum Belts for students, educators, and government employees. Maurice was inducted into the Nipissing District Human Rights Hall of Fame in 2003 and in 2010 named a recipient of an Anishinabek Nation Lifetime Achievement Award.

Katherine Jack is Anishinaabe from Onigaming First Nation in Northwestern Ontario. She is a mother and grandmother. She has been a helper in her community her entire adult life. The Anishinaabe ways, ideas, teachings and ceremonies have guided and been central to Katherine’s life. 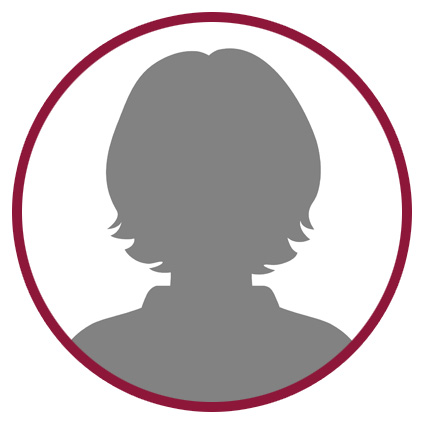 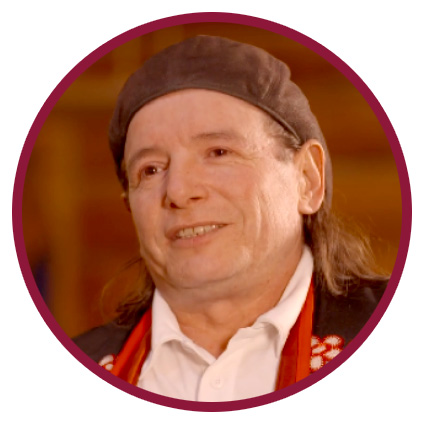 Douglas Sinclair is Anishinaabe originally from Sandy Bay First Nation in Manitoba and has resided in Onigaming First Nation for over 20 years. He is a father, grandfather, and helper in the community. Doug is also an avid fisherman and enjoys time on the lake in any season.

Elaine Kicknosway is proud to be Swampy Cree through her biological mother and Chippewa from her biological father’s side. She is a member of Peter Ballantyne Cree Nation in Northern Saskatchewan, and is Wolf Clan. She is a Sixties Scoop Survivor and returned home in late 20’s. She has been long time community advocate in the areas of child welfare, MMIW2SG, healthy families, and Indigenous Wellness. Elaine is an Indigenous trauma informed Counsellor/ an Ontario wedding officiant, Blanket exercise facilitator and trainer, Indigenous full spectrum doula, indigenous death Doula , Traditional dancer, singer, drummer and carrier of ceremonial teachings. 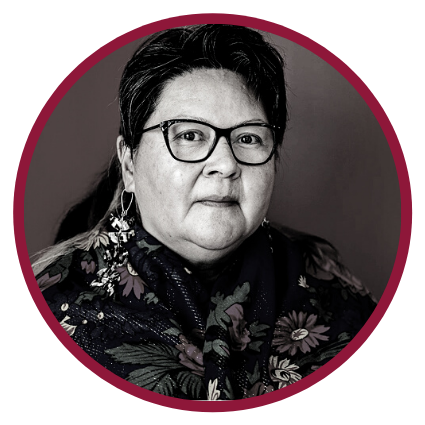 THINGS TO CONSIDER BEFORE ENGAGING WITH INDIGENOUS KNOWLEDGE 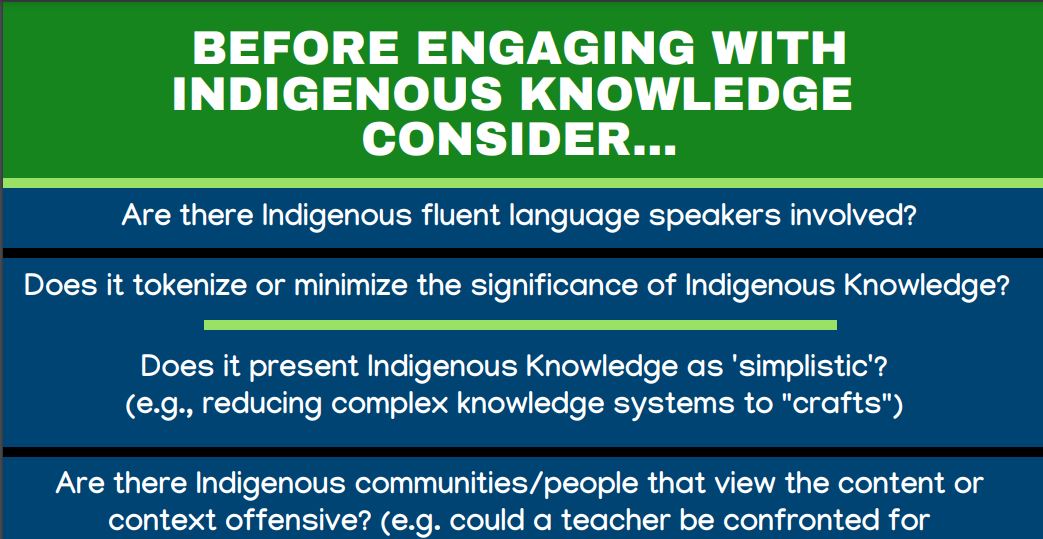 Skip back to main navigation